A downloadable game for Linux

For more info on this game or to download for free, please see https://EmpireDirectory.net

Imperium is a game of interstellar conquest and exploration that is played by several people over a period of months. The player takes the role of a person who has just received a large sum of money, and has chosen to venture into space to find fame and fortune. Players choose one of several "races", and will start out at that races "home" planet.

Players will be given a certain amount of money to pay for the expenses of operating a starship, and may try to increase their wealth by mining ore and gold, selling items to other players, etc.

Imperium can be played as a "team" game, with all players of a given race working togather, as a free-for-all, or any combination of the two. Ships may be "programmed" to do simple actions repeatedly, and there are mining robots you can drop on an uninhabitable planet and pick up later.

Imperium is both "real time" and "turn" based. That is, if you happen to be playing at the same time as another player (or players), you will immediately be notified of any actions relating to you (and vice versa). There is a built-in "chat" system & email system as well. To prevent people who have too much time on their hands from having too much of an advantage over those of us with real lives, there is also a "point" system for completing actions, which scales commands and limits what may be done in a given amount of "real time" before waiting for the points to build up again.

The ultimate goal of the game is to amass as much money and power as possible, using whatever means you choose. Or maybe not. It's up to you.

You can go directly into the game using telnet. telnet://empiredirectory.net:3458 or use the web interface here...

In order to download this game you must purchase it at or above the minimum price of $1 USD. You will get access to the following files:

Support this game at or above a special price point to receive something exclusive.

Get Listed in Credits

For a $3 contribution you can get your name & email added to the in-game credits. 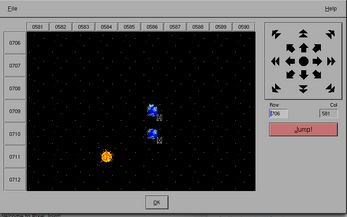 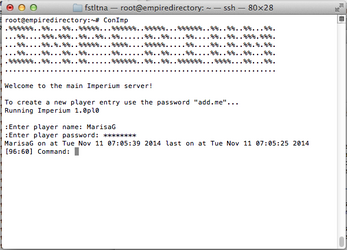 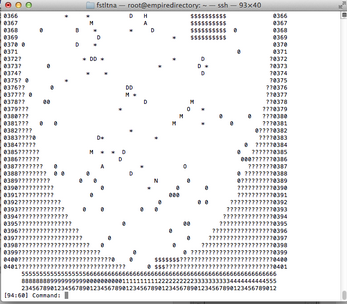